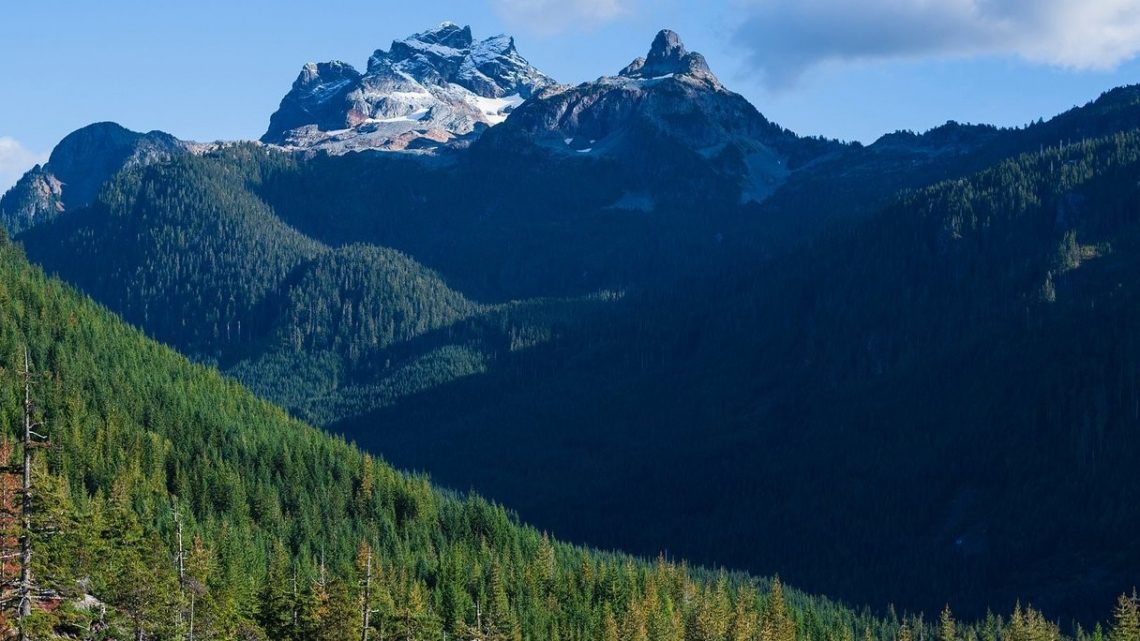 A provincial park larger than the state of Delaware, Algonquin is a rugged wilderness promising outdoor adventure and a complete digital detox.

This article was originally published on wildbounds.com.

The noise echoed around the lake’s basin, reverberating through the pine trees. Both our heads snapped up, eyes wide as some primal sense instantly responded, a cocktail of nerves and adrenaline flooding our system. It drifted on the wind, though the hairs on our arms remained alert. We looked at each other and grinned. Wolves.

The wilderness of Canada’s Algonquin Park was what attracted us to it; in the UK, escaping civilisation for more than a few hours is difficult, but here was an opportunity to truly ‘unplug’. Bigger than the state of Delaware and with its interior accessible only by boat or foot, Algonquin is a landscape utterly unlike anything we’d experienced before. And that’s without considering the wildlife. 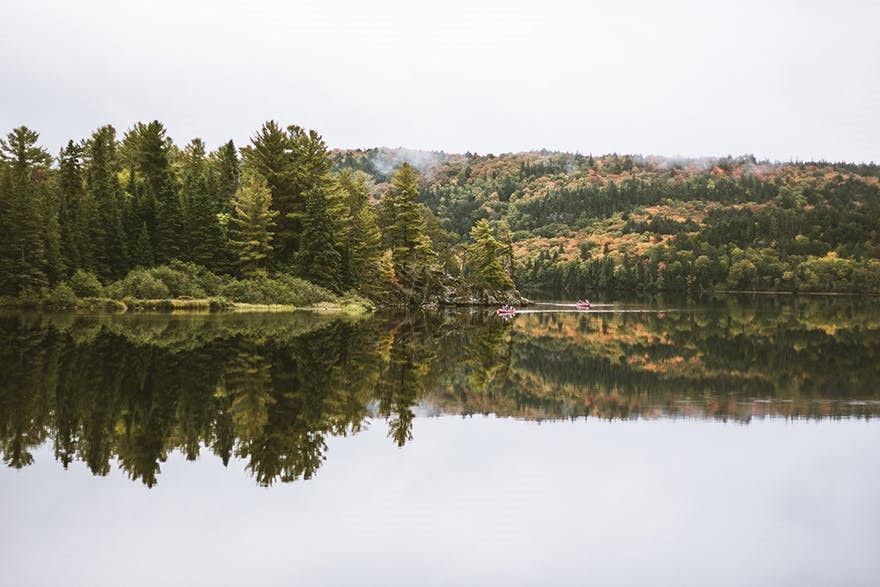 We were hiking the Western Uplands Backpacking Trail, an 88 km loop threading over pine-covered hills, through streams and across bogs, leading hikers between lakeside campgrounds. Aside from the occasional backpacker, we didn’t see or hear from another soul in our week’s foray into the park; in fact, the absolute silence was a major draw. I’d been wild camping before but never managed to escape the distant roar of some A road – here, there was nothing.

We’d collected permits from the park’s West Gate that same day and set out with our spirits high, planning to tackle the trail’s longest route. It’s a three kilometre hike to the trail’s start from the West Gate and we were itching to leave tarmac behind for single-track trails by the time we’d reached its beginning. We were soon to eat our words; it had rained the night before and the path was swamped by, well, swamp. Mud-splattered and laughing, we forged onwards but already reassessing our route. 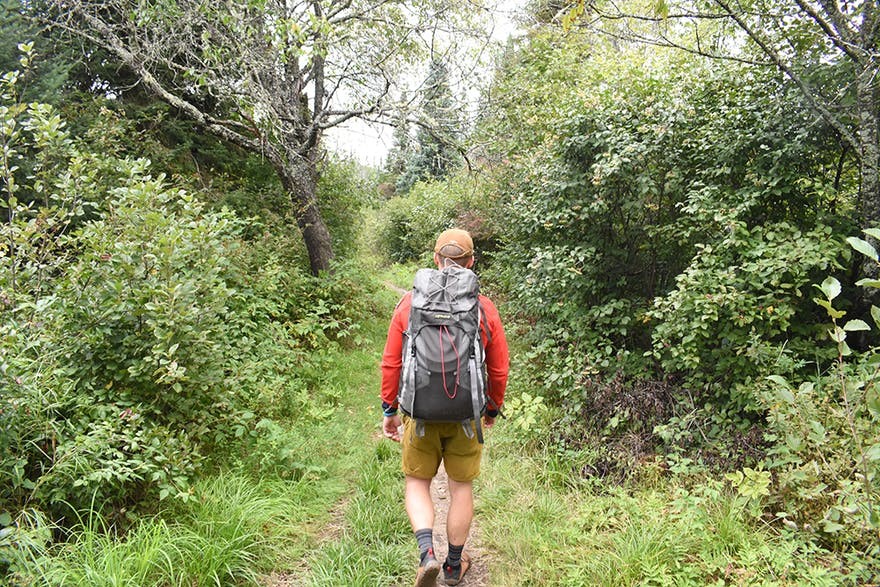 Progress was slow through the forest and we regularly encountered natural obstacles: fallen trees, swollen rivers, beaver dams and mud-slicked inclines. Weighing us down further was the two bags of food we’d brought along – there’s obviously no way of buying food on the trail, so what you bring in with you is what you eat. We’d stocked up on dehydrated meals, beef jerky and oats, with a small ration of Kendal Mint Cake as an extra treat. As it turns out, though, six days of food is pretty heavy. 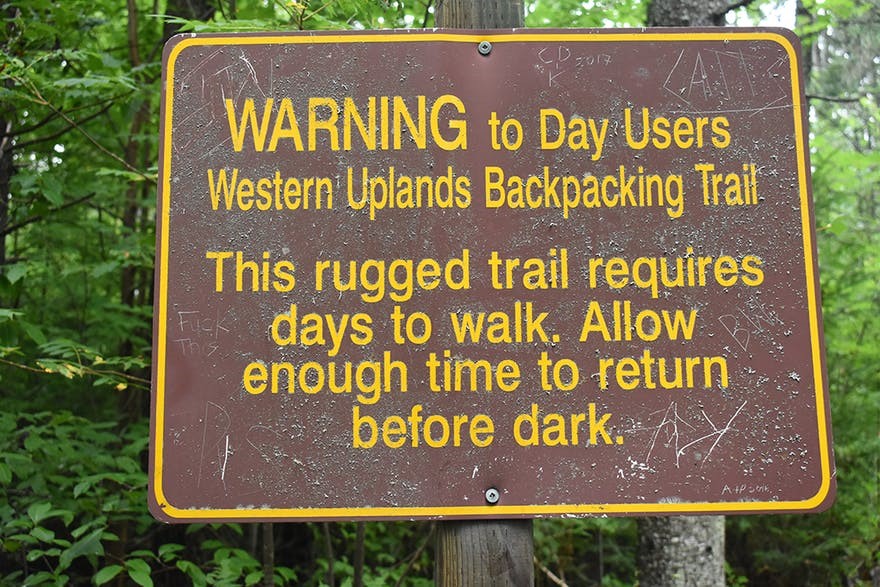 Our first campground was greeted with sighs of relief for our aching shoulders, and excitement at camping in the park. Algonquin is dotted with backcountry campgrounds that are little more than a firepit, felled trees for seating, a cleared area for a tent or two and, further out in the woods, a wooden privy. Each is booked in advance both so the park’s wardens can track you down and so you don’t get multiple campers turning up at the same site. 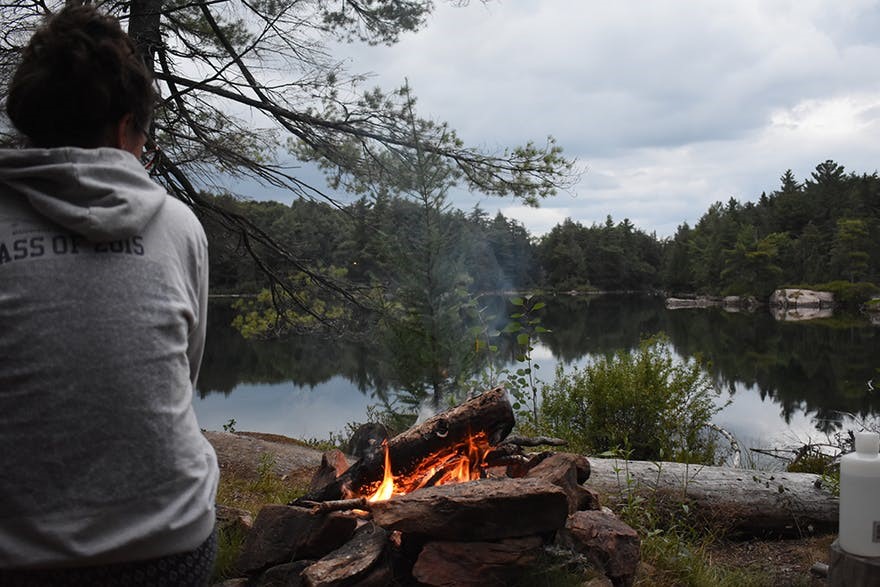 If the hiking had been tougher than expected then the camping was far better than we could have imagined. Collecting water from the lake to brew coffee, building a fire to make dinner and sitting with an incredible vista before us – there was nothing quite like it.

As darkness fell, we scouted out a suitable tree to rope our food to; it’s one of the necessary parts to camping in a landscape famed for bears. Before setting out, we’d been warned about roping all food and anything else with a scent at least four metres into a tree and far from our tent. Horror stories include a bear tearing a car door open like a tin can just for a half a chocolate bar stashed in a glove compartment. For two Brits whose biggest fears while camping have always been badgers, it was enough to take the warnings seriously. 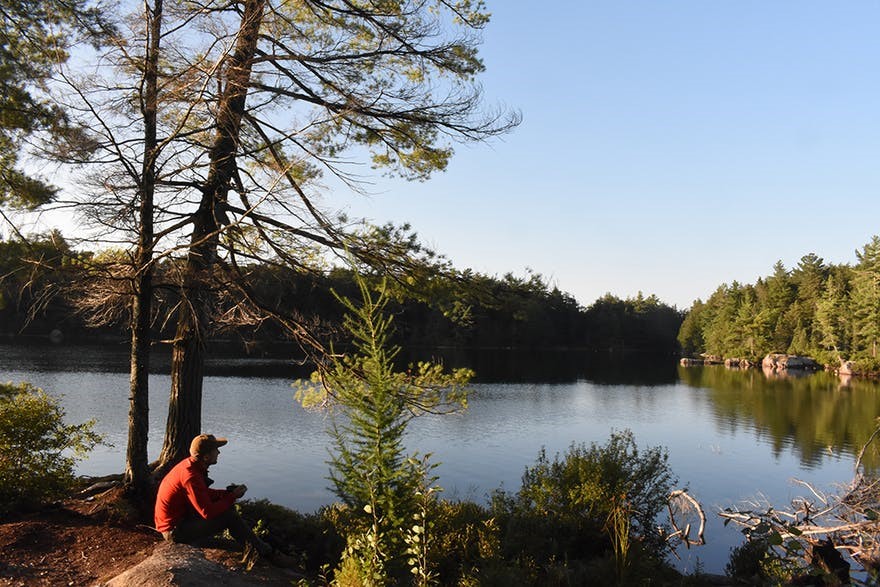 The next week followed the same pattern: hiking to a new campground, setting ourselves up by the lakeside, then stashing our food in the woods before relaxing before an open fire. That simple routine, simply meeting our basic needs of food, shelter and warmth, was what we’d been craving; in the complete absence of phone signal and social media, we spent our time focused on practical tasks then reading and playing cards once those bases were covered. 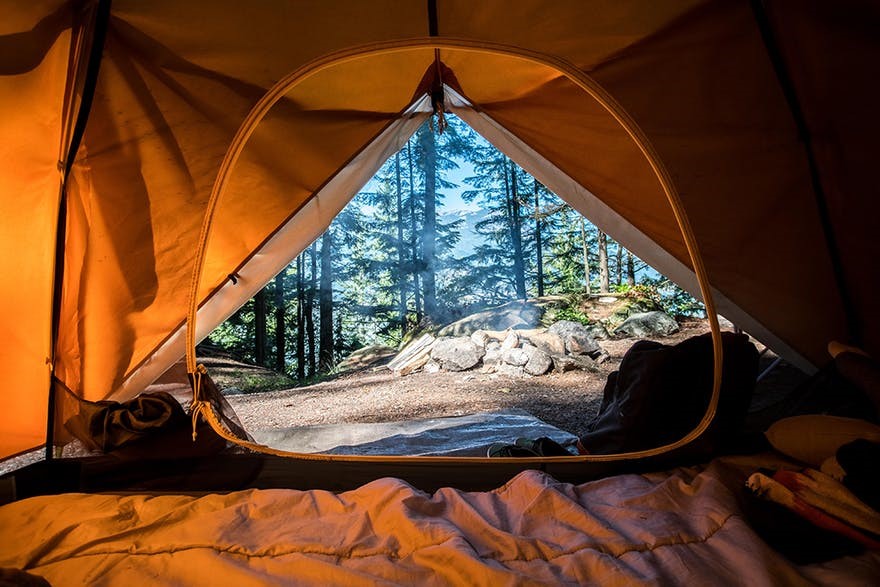 Our bliss was briefly but comprehensively interrupted on our final night in the park by a storm of monumental proportions (everything seems that much bigger over here). We were warned in advance by another hiker on the trail so pushed ahead to make camp before it struck, and we did manage to erect our tent just moments before the rain started. Unfortunately, this was a tent that we’d picked up from Walmart for $39.99. Truth be told, I felt a bit sorry for it – it was never built to withstand lashing wind and rain in the Canadian wilderness. I felt more sorry for us, though. 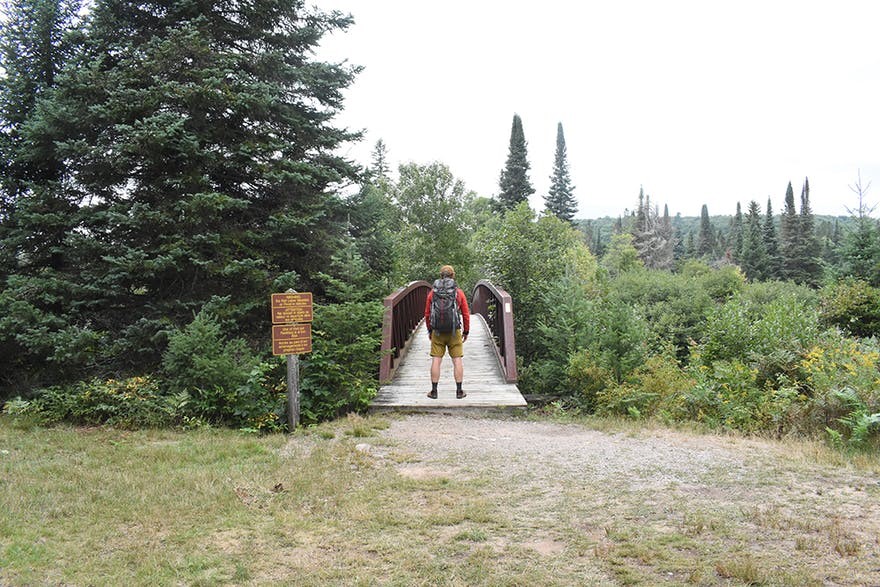 After one hour, some droplets had started to appear on seams near the tent’s base. After three hours, water was steadily leaking through at various places in our small, summer-ready tent. After eight hours, the rain had breached the canvas almost everywhere, the floor was soaked through, along with all of our gear, and we were struggling to keep our grins fixed. After 16 hours, it stopped. 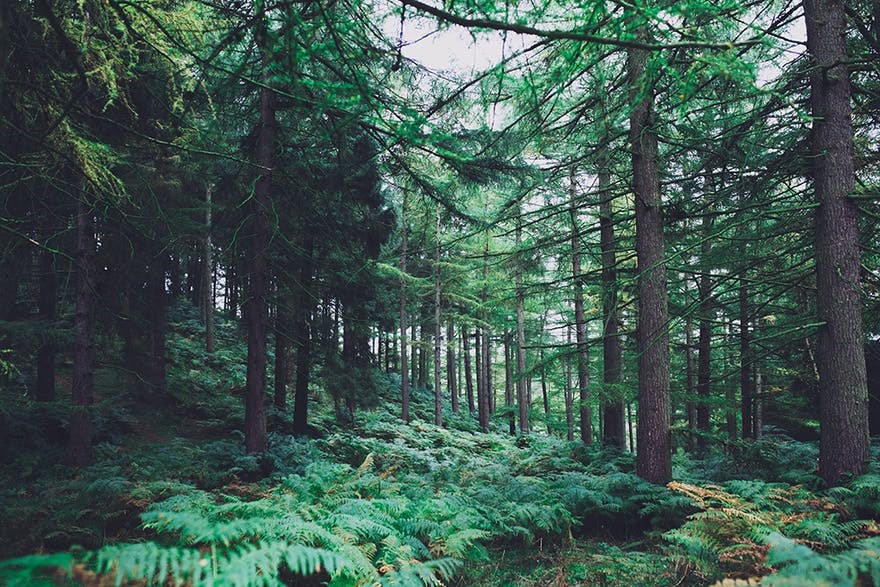 We left the trail tired, cold and wet, in desperate need of a hot shower, but still smiling. The opportunity to experience a place quite like Algonquin, with its pristine lakes, all-encompassing pine forest and untamed wildlife, is special indeed, even when you have to bin your tent afterwards. We’d hardly scratched the surface of this incredible landscape, nor had we experienced canoeing through the park’s interior; all the more reason to return as soon as possible.