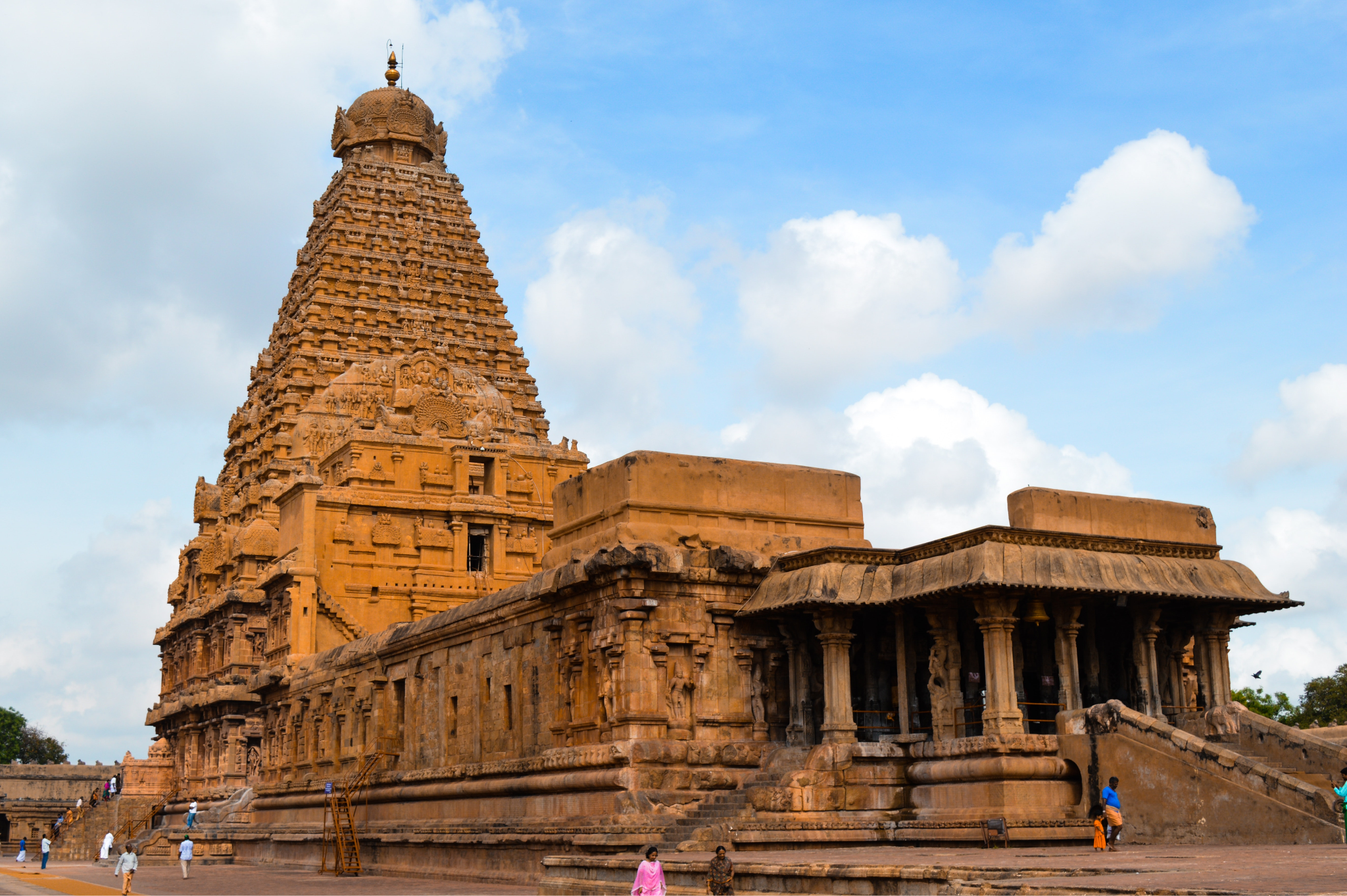 Chennai is the capital city of Tamil Nadu but at one point it was a fishing village called Madrasapattinam. Its location is on the Coromandel Coast which became the country’s first British settlement when the East India Company built the impressive Fort St. George.  Its municipal corporation was built in 1688 and its majestic Madras High Court building stands second in the world as the biggest judicial structure. Its stunning cricket stadium the Chepauk M.A. Chidambaram stadium is the oldest one in the country and its Spencer plaza, built in 1863, is the country’s oldest shopping mall. It also has the country’s largest artificial seaport. Today, it is a sprawling city offering millions of people opportunities to do trade, commerce, and gain employment.

There are many places close to Chennai and also a little distant from it which can be visited on weekends. These classic destinations are one-of-a-kind and offer a unique perspective into southern culture and lifestyle. Here is a look at key destinations that offer 7 Ideal Weekend Outings From Chennai:

1. Vellore –  Some believe it got its name from Velan trees or Babul trees, while others feel it comes from Lord Murugan’s weapon ‘Vel ‘while the word  ‘oor’ means place, revealing the story that appeared in this place at a lotus pond to attack enemies with ‘Vel’. Over the many centuries, it got influenced by various dynasties such as Pallavas, Nayaks, Cholas, Marthas, Bujapur Sultans and also Arcot Nawabs. Top attractions here include the Vellore fort, Archeological Survey of India Museum, Sripuram Golden Temple, Virinjipuram Temple and Periyar Park.

2. Tanjore – It is a temple city that once served as the capital of the famous Chola king Rajaraja I, which built its world-famous Brihadishwara temple, built in the 11th century and known for its frescoed interiors. After the fall of the Cholas, it was ruled by Pandyas, the Madurai Nayaks, Vijayanagar Kings, and Marathas till it came into British power.  Due to its large agricultural activities in the Cauvery Delta region, it is also called the ‘Rice Bowl of Tamil Nadu’.  Top attractions here include Gangaikonda Cholapuram, Thanjai Mamani Koil,  Shiva Ganga Garden, Vijayanagar Fort, Thanjavur Art Gallery, Sangeetha mahal  and Chandra Bhagwan Temple

3. Kanchipuram – It is a temple town that is located some 65km from Chennai city, on the banks of the River Vedavati, it once served as the capital of the Pallava dynasty. It is world-famous for its majestic temples which are resplendent in ancient architecture and is also popular for 14 of the 108 divya desams of Lord Vishnu. Well-known spiritual leaders lived here such as Siruthonde, Buddhist Bhikshu, Bodhidharma, Adi  Sankaracharya and Appar. The top places to see are the Kamakshi Amman Temple, Varadaraja Perumal Temple, Ekambaranathar Temple, Vaikunda Perumal Temple, Thennangur Panduranga Temple and Jain Temple.

4. Yercaud – It is a beautiful hill station located on the Shevaroy Hills, 33 km from Salem city and is known for its lovely Kurinji Flowers which bloom once in 12 years.  Enjoy exploring its coffee plantations, check out its fairs and festivals, and go trekking in its natural wilderness.  Visit the National Orchidarium which has more than 30 orchid species and can be reached in half an hour’s drive from Emerald lake. Key places to visit here include Killiyur Falls, Shevaroy Temple, Emerald or Big Lake, Bear’s Cave, Grange, Botanical Garden and Pagoda Point.

5. Pondicherry – Known for its clean, neat infrastructure, it retains to this day the glories of being a French colony. Also known as Puducherry and commonly called Pondy, it was a French colonial settlement till 1954 after which it became a union territory,   In the old part of the city, you can find some of the most beautiful Mediterranean-style homes and also lovely bakeries. Key places to visit include Bharati Park, Chunnambar Boat House, Paradise Beach, Outsery lake, Arulmigu Manakula Vinayagar Devasthanam, Government Museum and Gandhi Statue.  It is the place to come to buy handmade paper, pottery and textiles. 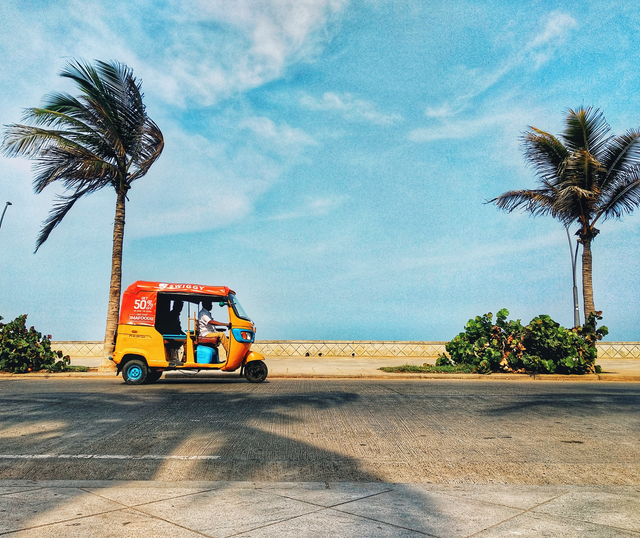 6. Tirupati –  Located in the Chittoor district of Andhrapradesh, this town is known for the world-famous Sri Venkateswara Temple which is dedicated to Lord Vishnu, It which stands on top of the Tirumala hills,  which are seven and named  Garudadri, Anjanadri, Seshadri, Neeladri, Narayanadri, Vrishabhadri, and Venkatadri while the town of Tirupati is below it.  Top places to see here include Govindaraja Swamy Temple, Kapila Theertham Falls, Chandragiri Fort, Sri Kalyana Venkateswara Swamy temple, Sri Venkateswara Zoological Park and Kalyani Dam.

7. Mahabalipuram –  It is a town, also called Mahabalipuram, that lies some 60km from Chennai. It is known for its Shore Temple built in the 8th century using granite blocks and also the Pancha rathas temple, which is a collection of small rock-cut small temples in the form of chariots. The five chariots are named Dharmaraja Rath, Bhima Rath, Arjuna Rath, Nakula – Sahadeva Rath and Draupadi Rath. The famous shore temple is made up of three shrines two of which are dedicated to Lord Shiva and one to Lord Vishnu. This town has been a UNESCO World Heritage Site since 1984.   All across the town are beautiful temples and monuments of the Pallava period. The most famous of monuments is Arjuna’s penance.  It is known for being the host of the informal summit that took place between Prime Minister Narendra Modi and Chinese President Xi that occurred between October 11 and 13, 2019. 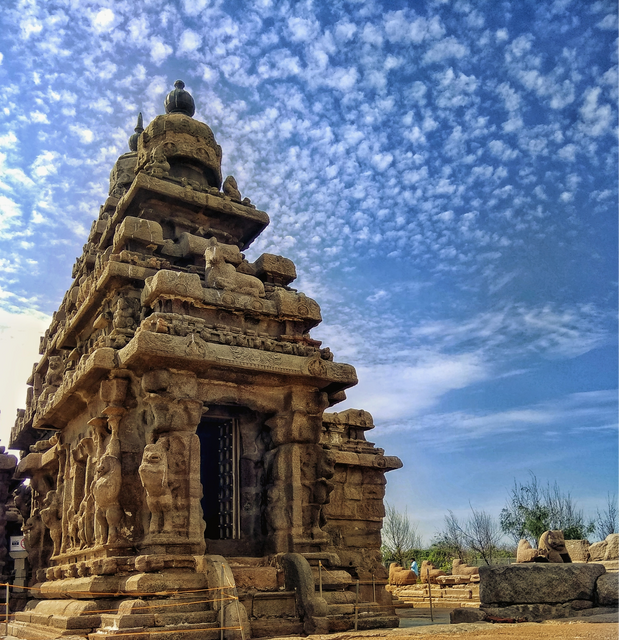 You can reach Chennai very easily from various parts of the globe through international flights. One key city from which weekly flights operate is Dubai. Ticket purchases for Dubai to Chennai flights can be done easily online or through a local travel agent. Check out flights to Chennai from carriers such as Emirates, Qatar Airways, Malaysian Airways, SpiceJet,  Air India, etc. So purchase a ticket right away and reach Chennai during the vacation period. You can plan the trip to include these seven destinations which are the perfect weekend outing with your family.